If you follow this blog, you know that we’ve already pretty much finished the Design and Build phases of the game, but in Manage mode, we have only the external view.  We’ve been working (in separate prototypes) on the internal city view — where you can go inside your colony and manage your city in detail.

Well, just yesterday, we launched our KickStarter campaign to support that phase of development! 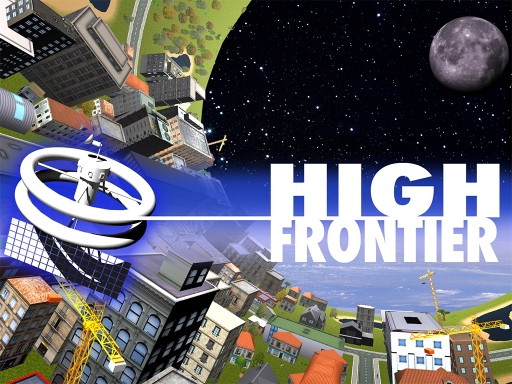 END_OF_DOCUMENT_TOKEN_TO_BE_REPLACED

We rarely do this — in fact, I don’t think we’ve ever done it before — but we decided to post a maintenance release, containing just a handful of bug fixes.

This is rare partly because we haven’t let a lot of bugs slip out the door in the first place, and partly because we have been doing a major release every couple of weeks, until this month.  This month we’re pretty focused on two things: the internal colony simulation — which is a major new piece of the game — and the KickStarter campaign, which is quite a lot of work in itself.

But anyway, version 0.10.1 is now available at the High Frontier home page.  END_OF_DOCUMENT_TOKEN_TO_BE_REPLACED

Last week we posted about placing water in the High Frontier internal colony prototype.  Since then, we’ve improved that feature quite a bit, as you can see here.

We’ve developed a custom shader that draws much nicer grass, without the usual tiling artifacts that made it look so artificial before.  And, we now switch to sand for any land below the standard “grass” level.  This is combined with a much nicer user interface that makes it easy to paint smooth, gentle coastlines and beaches.

END_OF_DOCUMENT_TOKEN_TO_BE_REPLACED

What makes a space colony more than just a big space station?  It’s the Earthlike environment inside — grass, trees, wide-open spaces, and water.

We’ve been working for the last few days on supporting water in the High Frontier internal colony prototype.  Check out this little demo video: END_OF_DOCUMENT_TOKEN_TO_BE_REPLACED

Version 0.10 of High Frontier added support for “mods” — modifications that can be created, shared, and installed by players to change the behavior of a game.  We promised a few more words about that… so here we go!

First, we decided early on to support mods in High Frontier as much as possible.  That’s why we added them now, while the game is still in the very early stages of development, rather than trying to tack them on later.

However, earlier versions of High Frontier used the native binary file format that’s built into the .NET framework.  This turned out to be an unfortunate choice.  It was expedient, but fragile; it happened at least once that we added or changed something in the way colonies are represented, and older files became completely unreadable.  It’s possible to work around this, but doing so is difficult and expensive — that is, no longer expedient at all.

END_OF_DOCUMENT_TOKEN_TO_BE_REPLACED

We’ve just released version 0.10 of  the High Frontier video game!  This is a pretty big release, with a long list of improvements. 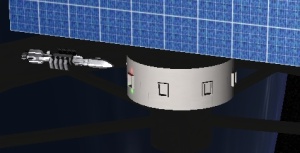 …and yes, that’s a passenger ship you see about to dock in the image above.